Treatment products of animals responsible for the death of thousands of bees in the Pyrenees.

After the terrible massacre in winter 2013/2014 when more than 8000 hives were decimated, a CNRS laboratory has clearly highlited the responsibility of pest control products. Analyses on dead bees have shown the presence of many molecules of these substances.
(more details here)

Toxic substances in animal feces contaminate soil and plants. Bees ingest non-lethal and infinitesimal doses that they will store in their fat.
But it is only when cold weather arrives, when the hives are put again in the srcub for winter, that bees take energy and are poisoned with the substance and die far from the place where they have been contaminated in the moutains.

Has the livestock meat consumption become dangerous for health?

Consumers have the right to know what they eat: If these products injected to animals can kill bees several months after poisoning, is it reasonable to ask what is the direct impact for the man who consumes meat?
It is know that various chemical molecules accumulate in fat and can creat synergies between them. Is there a cause effect relationship between all this chemistry that we eat daily and the resurgence of all modern diseases?

Little noise around this case

Just a few people have heard about this case, yet the day after the press conference given by the scientists at the House of Apiculture in Ille sur têt, local newspapers have made their headlines on these findings.

The case did not go very far, quickly sweeped to protect the interests of the livestock sector.
The mad cow disease is still present in the minds and the information around that crisis had considerably reduced meat consumption.

The disappearance of peasant farms

These calves are pretty cute with their piercings and tattoos, we could not suspect them of wanting to harm the bees... The traditional farm does not exist anymore, only in Pagnol's books... Now the farms are always bigger and bigger, and we speak about farms with more than one thousand cows. The peasant has been replaced by the financier.
These industrials structures have become enormous, and the concentration of animals is so huge that preventive treatments are usually delivered without concern about consequences, the ultimate goal beieng always the inmediate profitability at the expense of the quality of production.

Some moutain once counted over 30 families living mainly on livestock. Each farm had a its garden, chicken coop and fruit trees. A few pigs, a few ducks. The peasants were independents and owed nothing to anybody. They were happy.

Then times changed, they are still just a few farmers per village that share all the lands, abandonned by the elders. Young farmers are usually heavily indebted by investing in huge structures (buildings, equipment, etc.) without being able to choose anything about the commercialisation of their products.
Consequently, many farmers are no longer able to cope, revolts broke out here and there...

The situation is paradoxical: when we see the market gardeners attacking public goods, while the Amaps and other channels of short circuit is looking for producers able to meet consumer demand for quality products. 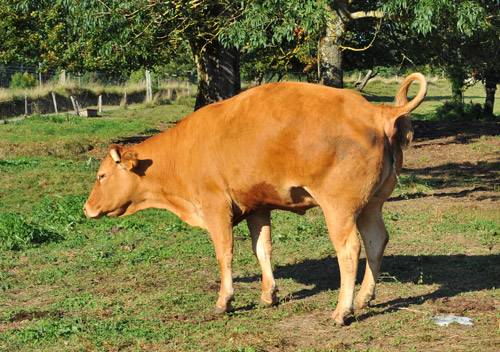 We lost more than 180 hives, with young queens and a promising future... Hives had followed the usual circuit: moutain and then scrubland and they collapsed suddenly before the arrival of the first cold. We could not understand what had happened.

It is only later that we found the connection. That year, we had taken a new location in the mountains, on the lands of dynamic and youg farmers... They had a huge brand new building as we were not used to see in this region. They also had many cows...
In Septembre as the heather was going well, we brought more hives on it and then we took them back down to the scrub as usual to make Inule honey.

At the beginning of winter, after honeyflow on Inule and Strawberry tree, the hives were really looking strong.
In January, we picked up the corpses. Dead bees everywhere! A horrible vision, to make you cry!

No help, no support. We were not expecting anything big from the administration but at least, the direction of veterinary services could have taken care of the analyses. We had to pay them and strangely we did not find anything. People of the CNRS told us during the conference in Ille sur Têt that at the time they did not have the appropriate technical material. But for the biling they did not lack technology!

Breeders have their responsability but it is in the system that we have to look for the fails and remedies.

Are these products necessary? Can we find other products, less toxics for the animals?

Is it normal that vets are both prescribers and distributors of these pesticides?
Is not an open door to some kind of abuses?

We do not want to see this anymore ! 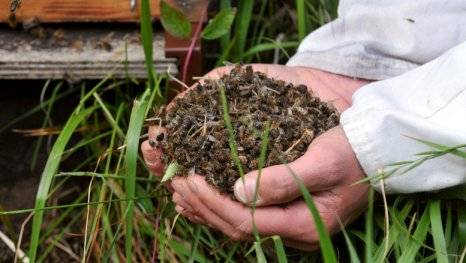